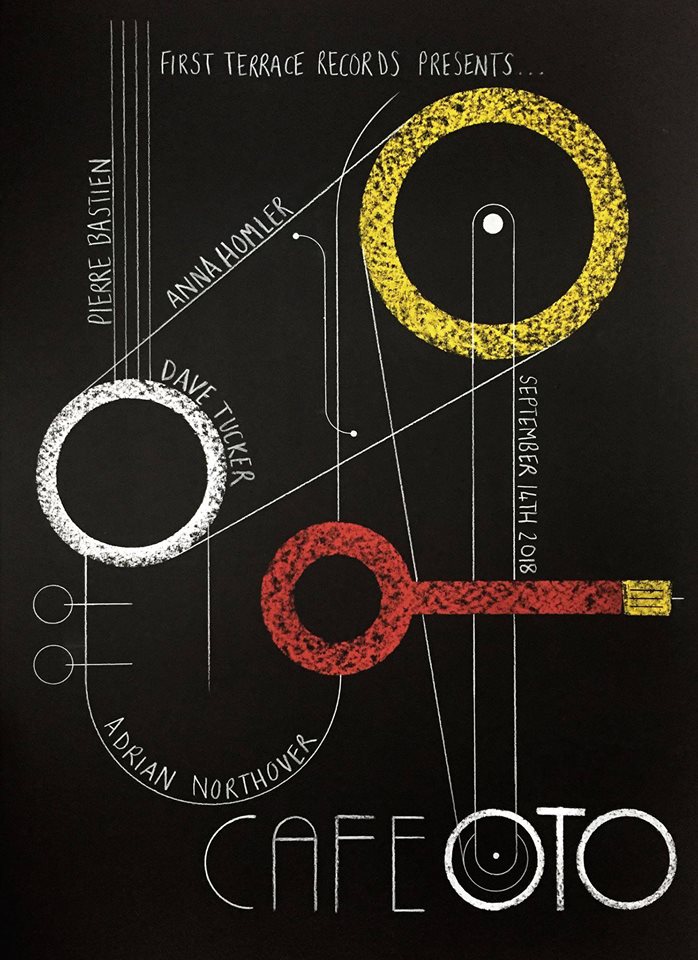 Pierre Bastien is a French musician born 1953 who builds his own machineries, at the cross between music and visual art, that blends live trumpet sounds with screen projections of on-site, mechanical sound sculptures in a very poetic way.

Anna is an improvising vocalist from Los Angeles, who sings in a melodic phonetic language. She also plays a wide variety of objects and toys. She is known for release Breadwoman on RVNG.

Adrian Northover plays soprano, sopranino and alto saxophones, and is based in London. He can currently be heard playing on the London club scene with a wide range of musicians, including the London Improvisers Orchestra, as well as doing solo saxophone performances.

David Tucker emerged from the Manchester music scene in the late 70’s, performing & recording with “The Fall” before relocating to London where He has performed and recorded with Evan Parker, John Stevens, Johnny Dyani & Dudu Pukwanna among others.