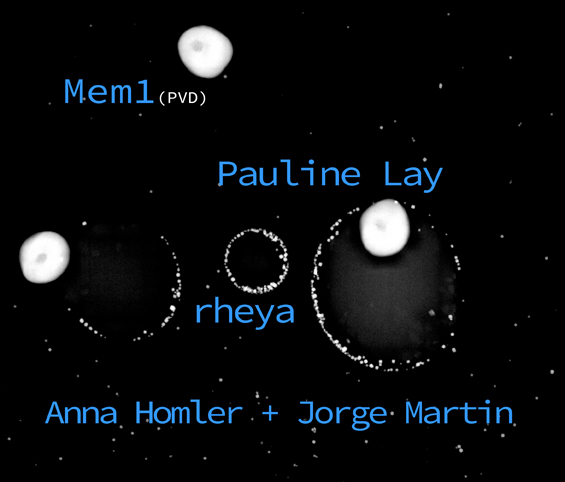 Automata is pleased to welcome Mem1 in their only LA appearance during their summer 2019 US tour.  Mem1 seamlessly blends the sounds of cello and electronics to create a limitless palette of sonic possibilities. In their improvisation-based performances, Mark and Laura Cetilia’s use of custom hardware and software, in conjunction with a uniquely subtle approach to extended cello technique and realtime modular synthesis patching, results in the creation of a single voice rather than a duet between two individuals. Their music moves beyond melody, lyricism and traditional structural confines, revealing an organic evolution of sound that has been called “a perfect blend of harmony and cacophony” (Forced Exposure).

The Oxford University Press’ New Grove Dictionary of American Music describes Mem1 as “a unified cybernetic force, or complex cybernetic entity, comprised of two human artists plus their instruments and systems” whose “evolving, custom-built systems are as important an aspect of the duo’s achievements as their ever-innovative sound. Confounding the complexities inherent in human-machine and human-instrument relationship, Mem1 understands its music as a feedback loop between the past and present.”

Throughout their career, they have collaborated with a variety of musicians and sound artists including the Penderecki String Quartet, Steve Roden, Jan Jelinek, Frank Bretschneider, and Stephen Vitiello. Together, Mem1 curates the experimental music series Ctrl+Alt+Repeat and the record label Estuary Ltd.

Anna Homler, is a vocal, visual and performance artist based in Los Angeles. She has performed and exhibited her work in venues around the world. With a sensibility that is both ancient and post-modern, Homler sings in an improvised melodic language. Her work explores alternative means of communication and the poetics of ordinary things. She creates perceptual interventions by using language as music and objects as instruments.

Jorge Martin – By day, Jorge Martin is a mild-mannered medical researcher but, at night, he transforms into a well-respected sound artist. Though classically trained on piano and clarinet, he is more often heard constructing intricate music by processing the output from his modular analog synthesizer panels through a myriad of guitar effect pedals. Until a few years ago he was one half of the acclaimed duo Spastic Colon.

Pauline Lay is an instrumentalist, composer, and events organizer in Los Angeles. She has performed and presented work at several larger institutions, venues, and areas throughout the US, but has also enjoyed the spirit of DIY venues, backyards, and cozy living rooms. Apart from her solo improvised violin and electronics performances, she currently performs and collaborates with other musicians in varying iterations and genres from duets to larger ensembles including her sound enveloping piece, “5×5,” a composition for 25 synthesizers.